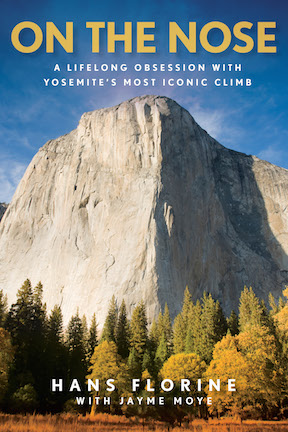 On The Nose: A Lifelong Obsession with Yosemite’s Most Iconic Climb
onthenosebook.com

Hans Florine is a big wall climbing legend in his own time. But his story is not one of super-human athletic prowess; it’s one of persistence and dogged determination, akin to  the “10,000-hour rule” popularized in Malcolm Gladwell’s book Outliers. In 30 years of climbing, Hans has ascended the Nose a mind-blowing, death-defying 100 times, more than anyone else ever has, and most likely ever will. In On the Nose, Florine describes the most dangerous, pivotal, and inspirational of those climbs, providing a rare look inside the adrenaline-charged world of competitive climbing in Yosemite Valley. He tells of his very first attempt on the Nose, which ended in failure after 14 hours, his friendships (and rivalries) with climbing’s most colorful personalities, and his battle with Dean Potter to secure the definitive speed record on the Nose—an endeavor that’s been called the wildest competition known to man.

Purchase On the Nose here. 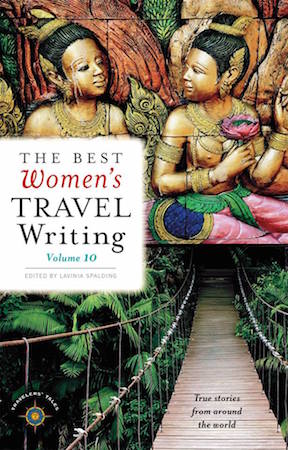 Thirty celebrated and emerging writers invite you to ride shotgun as they travel the globe to discover new places, people, and facets of themselves. The essays are as diverse as the destinations, the common thread being fresh, compelling storytelling that will make you laugh, weep, wish you were there, or thank your lucky stars you weren’t. The Best Women’s Travel Writing speaks to the reasons why we travel—and how travel changes our lives. It includes Jayme’s travel essay, “The Road Not Ridden,” chronicling her time in Afghanistan covering the country’s first women’s road bike racing team.